Firstly why the number 42?

Incidentally…as I am writing this we are going through one of the biggest financial crisis since 2008 and the world is also facing a possible pandemic of the coronavirus. This is happening exactly 42 years ago to the day that the very first broadcast of The Hitchhiker’s Guide to the Galaxy was aired on radio, and what is written on the front of the Guide in large friendly letters? DON’T PANIC! And what do we see everywhere, people panicking!!! And buying toilet rolls!!! Too much of them! Please stop.

One of the most successful and greatest science fiction books ever written was by Douglas Adams, called ‘The Hitchhiker’s Guide to the Galaxy’. I read it when I was young and it helped to get me through this crazy world, and it was one of the things that made me like life.

The number 42 is the answer given by the supercomputer ‘Deep Thought’ to the question of ‘What is the answer to life, the universe and everything?’ (Incidentally, that’s what Elements Kapa is all about). The problem is, you can’t understand the answer because the question is too vague. So an even bigger computer had to be built to work out what the right question was. It was massive (the size of a planet) and an organic matrix was built into its programming and this computer was called the ‘Earth’ (nice… ‘Earth’ was one of the original four elements).

Now, here comes the connection – While I was working on the south coast of England, testing people for cholesterol and raising the awareness of heart disease, one of my co-workers informed me that we were invited to a party. As we drove to the house he was trying to explain to me that it belonged to the mother of a very famous science fiction writer who wrote a book about travelling around the universe. It was a while before I put two and two together and realised that I was on the way to a party where I might… possibly… get to meet the famous Douglas Adams!! I was in a wide eyed daze!

It was a beautiful house in the countryside. I remember walking into her library and seeing first-hand, limited edition, leather bound signed copies of The Hitchhiker’s Guide to the Galaxy. I was mesmerized. I got to meet his brother and his sister but unfortunately the man himself couldn’t make it (probably lucky for me because I don’t think I could have strung two coherent words together).

Anyhow… years later Douglas Adams tragically died of a heart attack and the world lost one of the best comic science fiction writers of our time. I sometimes fantasize that I could have met with him, talked about his cholesterol level and the risk of heart disease and maybe…just maybe… saved my superhero… but that was not to be. He is sadly missed.

So why does 42 keep turning up in the game and in my life? Firstly, please Google the number 42 because it pops up in a surprising number of ways. Here’s a couple of examples that struck me. Firstly- We were going to call my son Orion and I later found out that the Orion Nebula is also known as Messier 42. Secondly- my partner Ruth’s favourite thing in the universe is a rainbow, and rainbows can only be seen when light strikes it at the correct angle which is 42 degrees.

Another weird set of coincidences are these…When I was young I used to wonder (amongst many other things) what would happen if you dug a hole straight through the Earth and jumped in?… well… you would burn to death of course. However, hypothetically if the tunnel wasn’t filled with white hot, liquid rock and there was a vacuum so there was no wind resistance…. somebody worked out that if you jumped into that hole, it would take you 42 minutes to make the journey from one end of the Earth to the other. I wonder if Elon Musk pondered the same crazy thought. At the moment his Boring Company is developing the Hyperloop, basically a tunnel in a partial vacuum where some kind of vehicle can take you from A to B (so you can totally avoid C). I wonder if Elon Musk was inspired by this same 42 minute journey, because I know that one of his heroes is Douglas Adams. The Tesla car launched into space by his company SpaceX (X-Men…nice?) carried a towel (which is a vitally important piece of equipment if you wish to hitch hike around the galaxy), a copy of the Hitch Hikers Guide in the glove box and the words ‘DON’T PANIC’ written on the satnav. The car was launched in 2017 which was the same year I finally finished the artwork for the cards.

Now, where does 42 come into the periodic table of the elements?

Molybdenum has the atomic number 42 and is the last element to be found on the table before the first element that was made in a laboratory, making it an important marker in the structure of atoms. The next element is number 43 named technetium, which means artificial. In 1871, Mendeleev predicted this missing element and some of its properties.

42 keeps cropping up in all sorts of superhero films. I will start listing them in another blog but my favourite example, because of a bizarre tangle of coincidences, is in the blockbuster Deadpool. We find out that Deadpool’s first confirmed kill was number 42 and he drives around in a yellow taxi with (you guessed it) 42 on the side. Now when I was designing the character for Molybdenum I put two swords down his back based on the fact that there was a very famous…….stop press!!!

Ok I’ve just got to stop there for a second. This whole blog is about strange coincidences and one has just happened in real time that has blown my mind… follow this –

I’m writing this using predictive text and I said ‘two swords’ but predictive text spat it out ‘Tussauds’….which makes me think that the improbability drive on the Heart of Gold is working overtime because Madame Tussauds is my next subject…and I’m not making this stuff up!!!!

What I was trying to say was – when I was designing molybdenum I put two swords attached to his back in honour of the swordsmith Masamune. Deadpool is equipped the same, and this is pure wonderful coincidence…here is the card:

Anyway… back to Molybdenum… the famous Japanese master swordsmith, Masamune, used molybdenum as a secret ingredient in the forging of his swords. He took his secret method to his grave and it was only just recently discovered what metal he had used to make his swords particularly strong and sharp. Now as I write this I am beginning to remember how many strange coincidences there are, so I am going to have to do this in byte sizes but I will leave you with this. At the beginning of Deadpool 2 which was one of the most successful superhero films of all time, we find our hero in his kitchen about to blow himself up. As the camera pans past the kitchen fridge you can see a card with the symbol ‘Ho’ on it. When I saw the film I ask myself “what on earth is an element doing on the fridge?” It turns out that the element is holmium, element number 67. Incidentally 6 x 7 is 42… I looked into it and discovered that it was originally known as ‘element X’ …hence the connection with the X-Men….the camera then turns to a figurine of Wolverine AKA ‘Logan’ played by Hugh Jackman, slowly revolving on a music box.

The next blog is going to reveal what I was doing at the Madame Tussauds factory and who I was body double for… you will then begin to see the net closing in on coincidences that will connect one of the most bizarre elements on the table and all the things I’ve just mentioned…. see you next time.

Our featured element is helium. A fascinating gas that you can’t see, taste or smell. It is the most unreactive element in the universe. In fact no other element has ever been able to join on Helium, it is considered noble... and happy by itself. 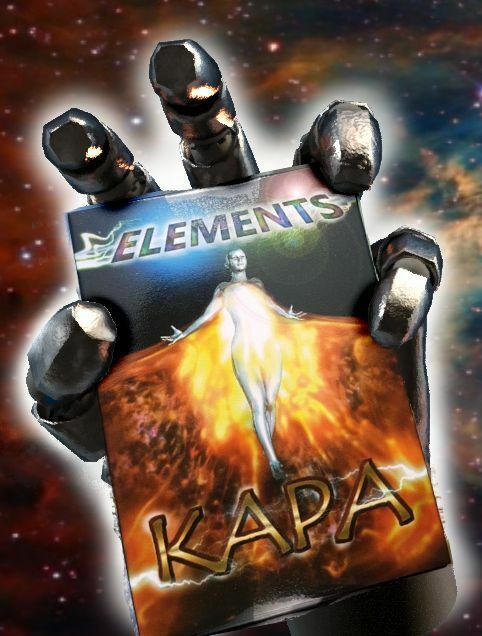 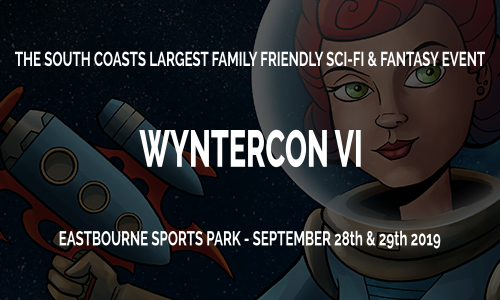